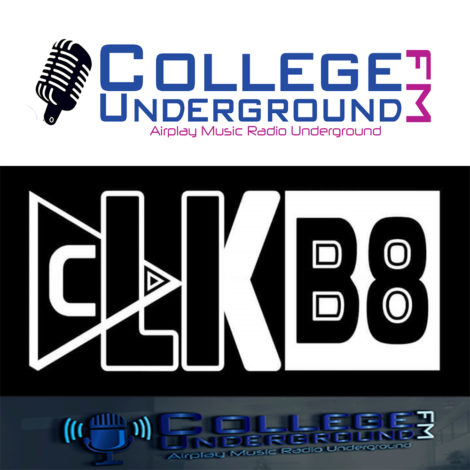 Biography: James Greer aka CLKB8 grew up in Slidell Louisiana. He initially performed in rock bands between 2009-2014 however, was unsuccessful in finishing any studio albums. He graduated college from the University of New Orleans with a bachelors degree in music. He then took a break from music performance to focus on theater acting and film scoring between 2014-2017. Ready to get back into music performance, with no band, began mixing drum and bass, and layered guitar, vocals, and synthesizer to create a dj/one man band sound, and uploaded a 35 song playlist called The Gist in 2018.


Have you always been interested in music? What is your story
and how did you start making music?
Yes, from an early age. I had a profound and amazing 5th grade music teacher named Alonzo Bowens who took a group of junior high students, from the ground up, to win state music competitions.
By the time I got to highschool I began teaching myself the guitar. Going into college as a guitar player, I began to cross paths with songwriters who would steer me into writing my own music.

What are you working on now? Any future releases we can look
forward to? Yes,
I write in bulk, about 30 songs or so on acoustic, and then transition them into more club style music. I feel as if I’m finally beginning to cross into the threshold of what people like to listen to and it’s exciting. I record them in groups of five, and am looking to finish at least 20 this year, 2021.

What Is Your Ultimate Goal In The Music Industry?
I would like to find commercial success, and transition into more sophisticated realms of music like tv, video games, and film, primaraly to stretch my wings as a serious composer, however, nothing bring me more satisfaction than playing live to a loving and accepting audience.

What Has Been The Biggest Challenge In Your Career Thus Far?
Navigation, hands down. For a while it felt like the music industry was illuding me. Aside from keeping up with the interests and taste of people in an ever more isolated world, the pitfalls, traps, and scams in the music business are rampant. My only saving grace has been to stick to the golden rule which is; MAKE AWESOME MUSIC. Now Im learning to let go and just enjoy the ride.

How do you go about writing a song? Do you have a melody in
your head and then write the other music for it or what’s Your typical
songwriting process?
My songwriting process begins as a reconciliation with reality. As therapeutic, in nature, as writing down one’s problems, I try to gravitate to a color pallet of different emotions. My songs start as acoustic folk songs, then, are transposed into more of a club/arena setting. Often, close to never, do my songs’ end result match anything near to the way they started, and little to no folk recorded versions exist.

How do you feel the Internet has impacted the music business?
I’m so glad you asked.
The first record was pressed in 1904 and I like to say the last record was pressed in 2004. During that 100 year period was music so good people, in fact, paid for it. The result was a battling market full of competition fighting for the highest sales. Post 2004, streaming services for music made music available for consumption by consumer dropped/plummeted the market value of music to an average of dollars to .00075 cents of a penny per stream, thereby forcing musicians to sublimate their life’s work, and eliminating music markets/competition, reverting the market back to a time when music was only made popular by the interests of the rich and famous, all because the vast majority agreed to the terms and conditions without a second thought to the consequences. Thus, creating an arena similar to what it was before music was a consumable good for home entertainment, and as a result, the music industry has reverted back into it’s pre recorded era spanning 50 years per genre/movement, and there is no going back unless there is a free and open market for goods and services pertaining to music consumption and competition.

List some famous musicians currently on your playlist:
I listen to bands I would like to meet in person one day. I can’t get enough of The Black Angels, Queens of the Stone Age, Jack White, Tame Impala, White Denim, The Brian Jonestown Massacre, but on very special occasions I’ll listen to Islands, Tune Yards, Champagne Drip, Arctic Monkeys, Nick Drake, Melody’s echo chamber, Sofi Tukker, and I also cherish what’s going on in the local New Orleans and greater New Orleans area; but the list is always growing.

What Did You Do Before You Started Making Music?
Art. I was enrolled in the Talented Arts program from the time I was in 2nd grade through high school, and continued into taking college level art classes. I also worked. My first job was as a life guard at 14 and then started working in restaurants when I was 16.

If you could change anything about the music industry, what would it be?
I look at solo independent artists as pillars of success like, marc rubillet, mac mcdonald, chance the rapper, hopsin. They are the “living” ,”360″ “deal”. They cannot be bought or sold, but merely exist as artist! I think that’s what every artist wants to be! You could say that my scope of success is modeled out of true independence, but the brass tax of their delivery is “micro corpratized” even “autocratic” by nature, and while that may be what is ultimately best, it is so far removed from a collective consciousness. If I could change anything about the music industry, I wish there was a craigslist website that was only for a music paying audience. The home page is a map of the united states, and instead of searching for a band or music you know, you click on the cities and states and see what’s there. The website would be equipped to provide the music acts of all of the necessary tools for creating fiscal transactions with a paying audience. It would be great to see the music landscape from a musicologist perspective, stimulating commerce, as well as driving interests from both musicians and audience.

How do you feel about originality?
Be your own truth. Be your own champion. Be your own reason to be excited about life. Eventually, others will imitate, and admire you. Fortune favors the bold, no risk no reward. I often find the instances that are most original to me are my mistakes. If you listen closely to my music, eventually, you will hear them! My human error is as unique as my fingerprints, and I don’t hide from them, I embrace, if not cherish them! Experimentation and improvisation are key. One common phrase from the music sheds back in UNO was, “if it sounds good, you’re not practicing” David Bowie once said, “never play to the gallery” I write as if my lyrics could be written on my tombstone. I write for an audience of one. I am removed from from offense or praise. My originality is a symptom of my ethos. Being one with who I am, centered on a spiritual level guides my integrity. The result is music that is integral to who I am, mistakes and all. Self love, with humility, is originality.

Is there anything else we should know about you? or Something
that you would like to add?
I just want to say thank you for the opportunity to communicate and express my ideas. I also would like thank the readers who have taken the time and interest to read what I have to say. Feel free to search CLKB8 on youtube, spotify, soundcloud, apple music, and itunes. It would mean a lot, and would help me with my long term goals if you would purchase my music, and I couldn’t be more excited for the future. Thanks again.