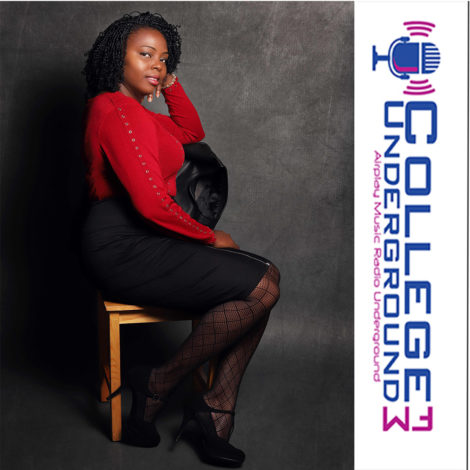 Biography of Crystal Reid
Crystal Reid is a wife to one, a mother of two, a sister and a friend. She is also a singer, performer, a business owner, songwriter and most importantly, a lover of God. Born on the beautiful island of Jamaica, Crystal grew up in St. Catherine but moved to Kingston at age 17. She has been singing since the age of two and did her first real performance at the tender age of twelve, while at her grade six graduation at the White Marl Primary and Junior High School. She considers herself a product of purpose, greatness and love. This is because she has passed through so many ABC’s (Abused, Belittlement and chastisement) in life, that the only reason she is still standing is because of God’s grace. Due to the abused she suffered as a youth growing up in Jamaica, Crystal decided to start a charitable organization by the name CKR Ministries. This organization focuses on helping abused and victimized youths in Jamaica – much more details to come. Music plays a key role in Crystal’s life as it helps her to release stress, remain calm through any situation, and draws her closer to God. Most of her music is a testament of what God has brought her through and what He is currently doing in her life. Her discography includes collaborations with Keesa Peart with the track “I’m not giving up”, DJ Nicholas with “Power” and a newly released track entitled “Fight my battles for me Lord with Jai Kingston. Crystal has released her first debut album which is entitled “Thank you Lord.” In May 2018. She is currently working on the second album to be released sometime this year. Crystal has also noted that she is in the process of writing her first book as well as that depicts the real-life struggles, she faced growing up as a youth in Jamaica – much more details to come.
This is what Crystal Reid has to say about her career as a recording artist to date: ”I started recording for my own benefit and gratification, however the Lord told me this is not the case and that this will be used to glorify HIM alone. I am an oracle for Jesus Christ and will continue to lift up the blood-stained banner as I spread the good news.

Have you always been interested in music? What is your story and how did you start making music?
I have been singing from a very tender age, probably age 12. My grand uncle and my mother were my biggest cheerleaders whenever it comes on to me singing. I started writing since the age of 16 years old, but I didnt release any my work. I halted writing for many years, until 2015 when I wrote and produced my first track “Thank you Lord” and from there on the best became history.

What are you working on now? Any future releases we can look forward to?
I recently released a new single entitled “Fight my battles for me Lord”. This new track will be apart of my 2nd album entitled POWER. Yes. I am working on my second album; however, before the release, I will be doing a music video featuring some of Edmonton’s talented artist. This video is to be released March 2021. Super excited about this project!

What Has Been The Biggest Challenge In Your Career Thus Far?
The biggest challenge in my career thus far would be networking. This industry is about who knows who. Knowing how to navigate the right platforms in order to promote my music.

How do you go about writing a song? Do you have a melody in your head and then write the other music for it or what’s Your typical songwriting process?
I write music based on situations. If I am faced with a challenging situation, then I start to talk to God about it – there and then I will turn it into lyrics/melody. I write mostly to encourage and inspire.
How do you feel the Internet has impacted the music business? Due to the pandemic, it has become almost impossible to travel for events/shows for most or all artists. So I would say the internet is an incredible tool that enables independent musicians to find a global audience without the help and backing of a major label.

What Did You Do Before You Started Making Music?
Music is not a full time job for me. I am not depended on it for an income. I do own a cleaning company. I also work part time, and I am also a full time student at NAIT.

Would you have any advice for young people wanting to follow in your footsteps?
Making reference to Nadine Blair’s recently released book – Sing your song. Follow your heart, dream and passion. Never try to be any one else within this music industry. There can only be one you, so be it!

How do you feel about originality?
It is so easy to be a copycat of our favorite musician/artiste such as a Whitney Houston or Michael Jackson. I made reference to those two iconics because it seems like everyone wants to be the next Whitney or Michael. But many fail to understand there can never be another of the two. So its important to stand out and JUST BE YOU!

Is there anything else we should know about you? or Something that you would like to add?
I enjoy creating art work such as wall decors or paintings.

Links to Where Your Music Can be Purchased: Amazon Music: