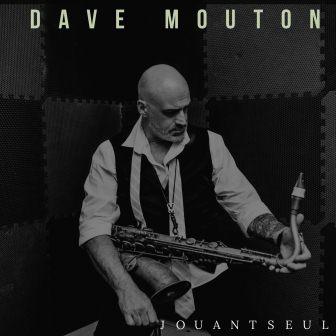 David Mouton, American saxophonist/owner/manager. The year 2020 was set to commemorate his band’s twenty year (20) anniversary of Souled Out and looking ahead, the future never looked brighter.

In March of 2020, the pandemic began to change the landscape globally for everyone – with musicians, live music venues around the globe experiencing the unthinkable – watching their livelihood and passion be put on pause indefinitely. What began as simply his wife’s idea to design a “space for Dave to practice, maybe record a song or two for fun” in their garage just until the world made sense again. That crisis combination would become the catalyst to confronting his own insecurities as a performer, inexperience as a producer, also serving as arranger under the most dire of conditions.

The end result…a very genuine, intimately raw and beautifully candid collection of music loaded with unbridled emotion from Dave Mouton. Recorded entirely in a crudely modified garage using only virtual instruments in Presonus Studio One and GarageBand, the release features Mouton on soprano, alto and tenor saxophones and is his debut solo release.

Dave grew up in Lafayette, LA and earned his B.A.in music performance from The University of Louisiana-Lafayette. He studied with Dr. Robert Luckey and Dr. William J. Hochkeppel during his tenure there. Dave is an endorsed artist for Jerry Harvey Audio, Presonus Electronics and SYOS – Shape Your Own Sound mouthpieces. 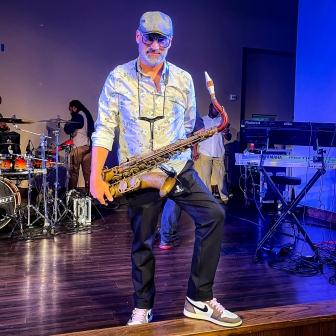