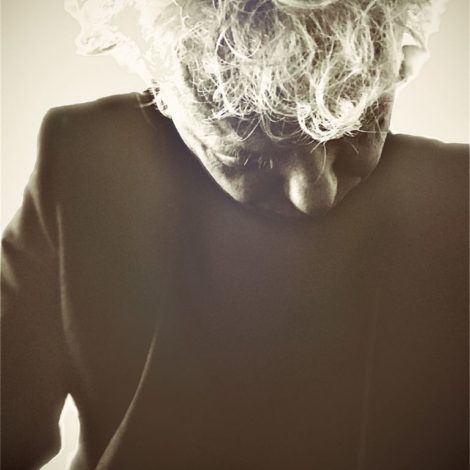 Who is I Panic
“.. A good song doesn’t care whether it’s played by a rock band, just on a single guitar, or with a full orchestra. The song remains….. I Panic is the, probably lifelong, search to create such a song. To tell a story, express a feeling, or both…”

I Panic is an alternative rock band formed in 1987 by Dutch singer and multi-instrumentalist Marcel van Tetering. Originally founded as a band, Marcel retained the name as a solo project to write, arrange and record his songs.

After years of songwriting and recording his music as home demo’s, besides playing piano, guitar, and singing in various bands, he finally gave up the idea of reviving I Panic as a “real” band but adapted the concept of being a one-man-band and turned the home demo’s in proper productions.

As a self-taught composer and performer, Marcel’s diverse musical influences led him to create music that is sometimes difficult to categorize. He has explored several different styles, but his music is best described as alternative rock with a touch of theatre. Finding inspiration in a range of artists from Tom Waits, Cole Porter, Randy Newman, and Jacques Brel to David Bowie, Joe Jackson, Elvis Costello, Fischer-Z, and R.E.M.

For I Panic the lyrics of the songs are just as important as the music. Lyrics should be like storytelling and a good story feeds on the tension of not knowing what will happen. Marcel turns daily life events into songs like catchy little stories with a hinge for irony.

With the release of the first original songs in 2021, a new and exciting episode for I Panic starts.

Have you always been interested in music? What is your story and how did you start making music?
Growing up in my grandmother’s record store, I have always been surrounded by music, and since I can remember I was fascinated by producing sounds, as well as recording them.
After a few organ lessons when I was twelve, I thought myself how to play keyboards and started playing in a band as soon I could play 12 chords in both major and minor. A bit later I also started playing the guitar, as this allowed me to move while making music.
I was never interested (or even remotely good enough) to play covers “like the original”, and so songwriting for went side to side with learning how to actually play the instruments.

What are you working on now? Any future releases we can look forward to?
During the covid lockdown, I adopted the concept of being a one-man-band, and I started to professionally produce some of my own songs. 3 of those are meanwhile released online, as well as on old-fashioned CD, to be followed by 4 others in March and April.
And still writing new material, as well as producing some of 20 something songs I have still in stock. So yes, much more to look forward to.

What Is Your Ultimate Goal In The Music Industry?
A good song doesn’t care whether it’s played by a rock band, just on a single guitar or with a full orchestra. The song remains….. I Panic is the, probably lifelong, search to create such a song. To tell a story, express a feeling or both.

If one of my songs would as important, or meaningful to someone as some of the beautiful songs I came to know in my life, my goal would be achieved.

What Has Been The Biggest Challenge In Your Career Thus Far?
Keeping a real band together – hence, I accepted being a one-man-band

How do you go about writing a song? Do you have a melody in your head and then write the other music for it or what’s Your typical songwriting process?
For me, the lyrics, or even the story I have in mind before the words are properly written, drives the songwriting in most cases. I have written songs within 5 minutes (I’m Here in the Fridge is an example of that) and some songs took me over 5 years.

Writing music typically comes very easy for me. But like craftmanship, it is 1% inspiration and 99% transpiration.
How do you feel the Internet has impacted the music business? Without the internet, I would not have been seen or heard by you – and vice versa 🙂

What Did You Do Before You Started Making Music?
I’m still a management consultant and sometimes also a voice-over.

Would you have any advice for young people wanting to follow in your footsteps?
Don’t follow, find your own steps

If you could change anything about the music industry, what would it be?
Make it more music and less industry…

How do you feel about originality?
That’s an original question! I wouldn’t know how not-be original as I find copying so much harder…

Is there anything else we should know about you? or Something that you would like to add?
Mostly: so glad to be here, and so eager to hear from you how you like my little songs!