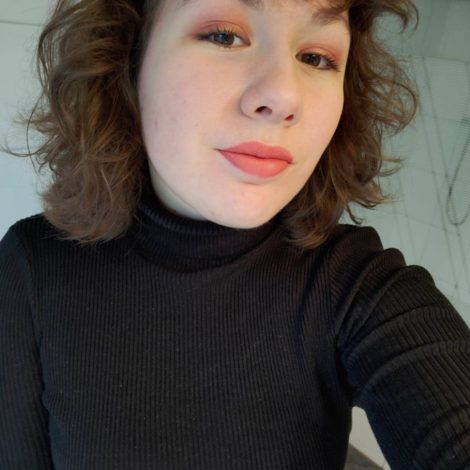 Hi! I’m Lena Schminke, a singer/songwriter from Germany who actually happens to be a law student on her way to her first finals.
I started songwriting as well as playing guitar in March 2020 when Lockdown struck us first – As well as a terrifying internship so I had to entertain myself. My music has always been impulsive, honest, timeless and my arrangements are simple. I do not use complicated chords to keep the flow and focus on the storyline. My lyricism is what I hold dearest as well as fine connections that my songs have as an album usually revolves around a certain emotion less than story.
Until now I finished writing two albums, one of them being called ” Pandora.”, which has nine tracks and will be uploaded on YouTube with an explaination video following up.

Have you always been interested in music? What is your story and how did you start making music?
I always had a basic tendency, I suppose. My initial job idea was to become an actress or author. When I was a child my mother used to sing to me all the time and when I was 12 years old I as given my first microphone to record and sing on my own. That’s when I would start writing my own lyrics to already existing songs translating them either to French or German. I even participated in some poetry contests but never was particularily good at it (at least it was fun). Songwriting to me is expressing what I feel in the second that I recognize the feeling. I usually pick up my guitar and the words come to me, I wouldn’t say that I have controll about how or even what I am writing. It basically happens to me. And when I picked it up, it was kind of natural to me very quickly. I mean, what could be better than roasting someone you don’t like in a song and getting praised for it? My boyfriend then bought me my first guitar as our anniversary present and I hold it very dear. Ever since, whenever it strikes me deep in the night, the neighbours have a reason to hate me.

What are you working on now? Any future releases we can look forward to?
Definitely! There are up to 30 songs that I’ve never even listed on my future albums because they either need correction or just aren’t relatable for me anymore. Currently I am working on a totally different album while “Pandora.” still needs to be finished but that will be the case, soon. Let’s just say that the overall imaginary of the album is quiet different but very beautiful.

What Is Your Ultimate Goal In The Music Industry?
As my great idol said: I do not want to be famous, I want to be good at what I am doing. So wherever this whole journey takes me is where I deserve to be. That’s it. I do not have the intentions of rushing into anything, also because of my studies which I strive to succeed with a good final grade.

What Has Been The Biggest Challenge In Your Career Thus Far?
Honestly, I wouldn’t say I have a “carreer”. At least, I don’t feel like I have. I am still learning to even play the right chords, I am not a mastermind by any means. But there hasn’t been anything hard yet.

How do you go about writing a song? Do you have a melody in your head and then write the other music for it or what’s Your typical songwriting process?
An interesting question. As I already mentioned, songs kind of happen to me. I don’t have any controll but much of respect for the way it happens. It’s either a catchy phrase that I cannot get out of my mind. But usually I write a song at once and it’s done. I never sat on something for longer than a day, I think. Suddenly the pieces just fall into place and I leave the personality of what I just created alone. It has to stand for itself.

How do you feel the Internet has impacted the music business?
I wouldn’t say my humble opinion is even close to accurate on that. I do not know.
I do think that everyone is more confused than ever but also has way more options than before. Which is a good and a bad thing.

List some famous musicians currently on your playlist
Taylor Swift sums them all up at once. She is who got me into songwriting in the first place and even though I wouldn’t consider myself neccessarily a “Swiftie”, I have huge respect and admiration for her and how she writes and sings.

What Did You Do Before You Started Making Music?
I am still studying law in my beautiful home country, wanting to specialize in criminal defense one day if I’m given the chance.

Would you have any advice for young people wanting to follow in your footsteps?
Just do what you like, then you’re good at it.

If you could change anything about the music industry, what would it be?
Definitely the american copyright. Musicians should be allowed to own their work like it’s the case, for example, in Germany.

How do you feel about originality?
…

Is there anything else we should know about you? or Something that you would like to add?
I just wanna say that I’m beyong HAPPY to have the chance to even have this interview! Thank you so much for giving me a chance to explain my music, this is MAGIC!