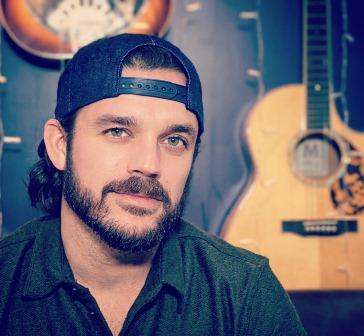 Nashville recording artist, Mac Watts, is a rising star in modern country music. Mac grew up just north of Detroit, Michigan aspiring to play collegiate ice hockey but always had a love for music. When he decided to hang up the skates, he taught himself how to play the guitar, write songs and sing. Mac claims he grew up on Motown, country, and Irish drinking songs. His big influences though today are the sounds of Eric Church, Kip Moore, Brothers Osborne, and Dierks Bentley to name a few. He then realized he’d found his passion and picked up a few gigs at local bars in the Metro Detroit area. Since a rolling stone gathers no moss, Mac moved to south Florida to complete his Bachelor’s degree in Business Administration and supported himself with a full time job and weekly night gigs. He performed in an acoustic duo with another local musician, John Patterson, and later was asked to be the lead singer in a band called Shotgun 40. Both offered a variety of steady gigs to support himself while finishing college. After graduation in December, the rolling stone found himself on the road to Music City to pursue a career in country music as an artist in Nashville, TN. Since his arrival in February of 2017, he has some impressive accomplishments. He released his first single, Ain’t Through Loving You and launched an EP, Dynamite, which can be found on all music platforms. He was the Regional Finals Winner for the Nash Next America’s Talent Search Contest in 2018. He and his band have opened for big names such as: Phil Vassar, A Thousand Horses, Parmalee, Haley and Michaels, Austin Burke, Scotty McCreery to name a few. He was selected to perform at the WYCD Hoedown Music Festival at the DTE Energy Music Theatre. He recently released his newest single, Church, and is working on new music.

Have you always been interested in music? What is your story and how did you start making music?
Yes. I grew up around my cousins playing music and going to concerts with my family and friends. I always had an interest but I played travel hockey so I got a late start to learning guitar. I always sang and wrote so I started teaching myself guitar in college after my xbox broke. Then I started playing in bars and then bigger venues and festivals. Now I live here in Nashville and play the broadway scene every week and travel out of town for gigs.

What are you working on now? Any future releases we can look forward to?
My next single will be released soon called “My Saving Grace.” I have more music coming after that!

What Is Your Ultimate Goal In The Music Industry?
I want to make a living doing it, which I am. I would love to play stadiums one day!

What Has Been The Biggest Challenge In Your Career Thus Far?
Sticking with it and grinding it out because it certainly is a grind. It can be very discouraging at times but then you get to a certain point where it is nothing but a blast, fortunately that is where I am at in my career.

How do you go about writing a song? Do you have a melody in your head and then write the other music for it or what’s your typical songwriting process?
Typically I have an idea in my head whether it be a word or phrase, then I go from there and build off that idea. The music sometimes comes first but usually the words come to me first.

How do you feel the Internet has impacted the music business?
It has made it difficult to get heard but also easier. There is so much music out there it’s hard to keep up.

What Did You Do Before You Started Making Music?
Played hockey in the United States Hockey League.

Would you have any advice for young people wanting to follow in your footsteps?
Put yourself in every uncomfortable situation. Sing when you don’t want to. Play when you’re not confident. Always try to be better at your craft. Always write things down!

If you could change anything about the music industry, what would it be?
It’s about the music and lyrics, not how many likes you have on Instagram, I wish that was always the case.

How do you feel about originality?
Be you, that’s way cooler than being fake.

Is there anything else we should know about you? or Something that you would like to add?
I can’t do this without the support of my family, friends and supporters. I am so grateful for all who have played a part in this journey.


Tweets by macwattsmusic
Links to Where Your Music Can be Purchased:
https://macwattsmusic.com/music