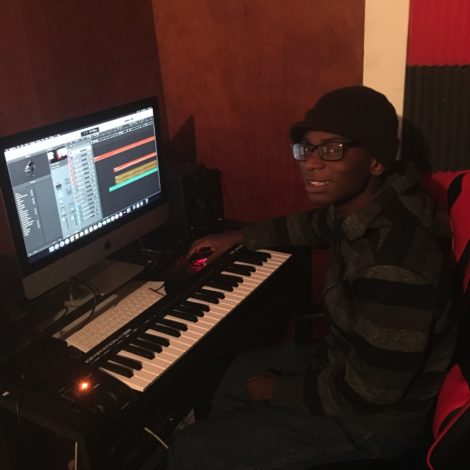 Biography: I was born in Dayton,OHIO USA, but I mainly grew up in Danville, Pennsylvania. I was in the foster care system for a little while and was eventually adopted. Music has always been a major part of my life. I did take three years of piano lessons in middle school and I switched to drums senior year of high. school and into college. My older brother introduced me to soundtrack music when I was younger. At the time the film The Chronicles Of Narnia was a major film and he loved the film and got me hooked onto the soundtrack. From that point on, I always wanted to write film scores but always lacked the courage to pursue it til my senior year of high school and beyond when I went to college. In one of my classes, we had to write our own songs and that is when I thought I would try my hand at soundtrack music. At that point I was inspired by films such as the Dark Knight Trilogy, the Narnia Trilogy, Person Of Interest, and so on. My professor encouraged me and believed that if I gave it my all, that I had potential to go professional with my soundtrack music. Unfortunately I was unable to afford to go back to college but I kept learning in other ways. I had friends who were professional musicians and they would give me tips and I also took classes through SkillShare. I would also listen to a lot of soundtrack music and practice, practice, practice. I’m not perfect. My songs could still use some work but they have come a long way since I started and I am proud of them enough to show them off.

Have you always been interested in music? What is your story and how did you start making music?
Yes, I have always loved music but I didn’t think of pursuing it as a job til I was seventeen years old. By that time I realized that the music industry was really the only industry that I would just love to work in and retire from in the end. If I will do whatever it takes to be successful in that field. I ended up attending Terra State Community College for Music Technical Arts. Doing that only strengthened my resolve and my love for music. While I was there, one of my professors told me that he believed that if I would put everything I had into learning soundtrack music; that he was positive that I would have a bright future in the film scoring industry. Unfortunately I was unable to afford to continue my college education there. I wouldn’t let that stop me though. I had friends who were professional musicians and I would write songs for them and they would give me honest feedback on how I could better myself as an artist. I also took classes on SkillShare and a Master Class in film scoring so while I don’t have a degree yet; I can still put out great songs that can be used and enjoyed in the film scoring industry.

What are you working on now? Any future releases we can look forward to?
Right now I am working on my first full album called Carliss. It is based off of a book that I read when I was a child called Lady Carliss and the Waters Of Moorue. The singles Carliss’ Theme, Because I Have to, and Mission and Sacrifice of a Guardian Angel are all features of this album. With this Carliss album I am relaunching the name of NightSky because when I first started NightSky; I was experimenting still. I’m not experimenting now. While I am still learning, I am still putting out great quality songs and fans can see how much I have grown from my first EP till now. I’m super excited about this opportunity and I am continuing to strive to get better. I am only twenty three years old so I’m just getting started.

What Is Your Ultimate Goal In The Music Industry?
My ultimate goal is to be a composer in the film scoring industry. Works by people like Harry Gregson Williams, Hans Zimmer, Ramin Djawadi and other such artists always have and continue to inspire me to chase this goal.
What Has Been The Biggest Challenge In Your Career Thus Far? My biggest challenge so far is balancing my full time job at Luckey Farmers and my music career that I feel is just getting started. That and buying equipment. It can get expensive out here haha.

How do you go about writing a song? Do you have a melody in your head and then write the other music for it or what’s Your typical songwriting process?
I start out with my rhythm strings and drums. Usually when I step into the studio, I hear them playing something in my head and them I write my melody on all my other instruments and try to put everything together to make it sound epic.

How do you feel the Internet has impacted the music business?
I feel like it’s definitely a blessing and a curse. It’s a blessing to be able to reach everyone at once so quickly but because everyone is doing it; it can be easy to fall through the cracks and go unnoticed.

List some famous musicians currently on your playlist
Famous musicians that I often listen to are Yuki Hayashi, Brian Tyler, Thomas Bergerson, Hans Zimmer, Ramin Djwadi, and Harry Gregson Williams. Those are the top ones that I listen to anyway.

What Did You Do Before You Started Making Music?
Before I started making music I was working a full-time job at a factory at night and going to school during the day. Now I work a full-time job at Luckey Farmers but the hours are great and allow me to balance work and music at the same time.

Would you have any advice for young people wanting to follow in your footsteps?
I’m only twenty three so I don’t think I have anyone following in my footsteps just yet. But if I were to give advise to my younger self; it would be to always be learning and to surround yourself with people who are able to push you further towards your goals in a positive way.

If you could change anything about the music industry, what would it be?
If I were to make any changes for me it would be to make it less competitive. We are all musicians here and we all love music so we should be building each other up and not be as negative as I have seen some people be out there.

How do you feel about originality?
I find originality a bit difficult because no matter what someone does; it has already been done. It’s important to find your X factor and have fun with it.

Is there anything else we should know about you? or Something that you would like to add?
Thank you for the opportunity. I definitely was not expecting to be interviewed so I find it exciting that people liked my music enough to do this.