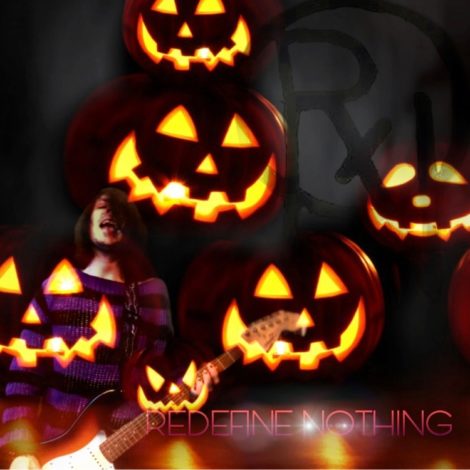 Redefine Nothing is a musical project/band from Indianapolis, IN and formed in 2013 by multi instrumentalist Joshua Mortis. The motivation behind forming Redefine Nothing was Mortis’s love for music but dislike at the current music industry and world as well as the desire to create something inspirational that could draw your attention and make you not only feel something but question it. Something completely new but still had the same heart, attitude, and roots as early rock n roll. The early formation of Redefine Nothing was originally a 4 member band but over the years the line up changed frequently with
Mortis being the main driven force behind the group. After 2018 the group became a trio and after 2019 became official a one man band. In 2020 Mortis signed with a distribution label and was given his own smaller label within it to freely make and release music how he desired as well as the ability to sign other artist under it as well. Thus began the start of Coffin Rock Records which is also what Mortis coined as the genre of Redefine Nothings music simply because he felt it didnt fit any other genre of music whole heartedly enough to be considered any one particular genre. Redefine Nothings inspiration from a wide diversity of music has given the group a unique sound inspired by Industrial, Grunge, and the rough dirty elements of punk and garage rock and as well as influenced by Shock Rock, Metal, Goth Rock, and Horror Punk as well as elements of Horror, Theatrics, Films, Weird Noises, and Controversial Topics

Have you always been interested in music? What is your story and how did you start making music?
Well i come from a family of musician so it came pretty naturally. My late father got me my first drum kit when i was 6 years old. He raised me pretty much on music and television. He showed me all the classic bands like Zeppelin and Aerosmith it really changed my world and as I grew up I just became heavily more into music specially as a teen where i felt my need for an escape from the world grew. I didnt really fit in anywhere and I felt the only thing that understood me and made me feel ok about it was music. I knew if nothing at all id always have music if I was alone. So I started taking 5 different music classes, I slowly started picking up more instruments, etc What made me to really start making my own music was I didn’t really care for the corporate side of the industry. I didnt care for what was on the radio and to be honest I didnt they really cared about music. So I said screw I hate todays new music so Ill just make new music I like. I didnt care if anyone liked my music it cause I was mainly doing it for me and I know I have weird taste lol I think thats one reason im so surprised Ive come as far as I have cause I never expected my music to ever reach past a couple of friends in my basement

What are you working on now? Any future releases we can look forward to?
Well im currently still promoting the newest album that came out in February Nothing Last Forever: Part Two and im getting ready to start working on a fun little compilations of cover songs from some of my biggest influences. Also maybe seeing about forming a live band for the summer maybe

What Is Your Ultimate Goal In The Music Industry?
Well as I mentioned earlier music has always been an escape for me. When ever I was dealing with something I didnt think I could over come I would listen to an artist who was singing about feeling the same way or who has dealt with the same thing and it inspired me to not give up and that I wasnt so alone. I Just want to be that same inspiration to someone else for someone whos dealing with something to turn to my music and inspire them

What Has Been The Biggest Challenge In Your Career Thus Far?
Over the years the line up changed so frequently and to the point of me becoming a one man band so I think the biggest challenge was how to continue with doing everything by myself which Im very proud of myself for being to keep going and not only that but to become an even bigger artist

How do you go about writing a song? Do you have a melody in your head and then write the other music for it or what’s Your typical songwriting process?
In depends sometimes Things will just pop in my head lyrically sometimes which can turn into a full written song and Ill try to write it down quickly before I forget them and sometimes Ill just focus on completely doing the music first then try to fit in lyrics

How do you feel the Internet has impacted the music business?
I think its definitely hurt the big names in music as far as financial profit goes most bands rely on touring and merch and what not due to record sales decline with everything being digital now but I think its been a huge help to small artist like myself where its given us a chance to not only get our music out there but to do it completely independent. I mean I can make, record and release, an entire album by myself from the comfort of my own home. Thats something small artist would have been able to do really do 10 or so years ago

What Did You Do Before You Started Making Music?
I dont honestly know or remember Ive kind of just always did music in some way or another I dont really know much of anything else lol

Would you have any advice for young people wanting to follow in your footsteps?
I would tell them that if theres something out that you love and want then dont ever give up on it no matter what obstacles you face or who tries to tell you you cant have it. Never give up on your dreams. I didn’t and I still haven’t so if you believe in me than ill believe in you

If you could change anything about the music industry, what would it be?
The thing I would change is and it breaks my heart really to think about is the fact that theres so many talented musicians who are amazing and have there heart in what they do but because they dont choose to conform to whats popular or played they dont get as much of a chance to be heard and to be rewarded for it and they truly deserve it
How do you feel about originality? I think as far as mainstream music goes it seems to be to be the same old repetitive stuff. What ever is making profit everyone Jus keeps milking til its run its course I think artist who really have some originality and creativity you really kind of have to search for and dig. Its like finding a diamond in the rut

Is there anything else we should know about you? or Something that you would like to add?
Not that I can think of really. Thank you for giving me the chance to speak and sharing a little bit of my story. I hope who ever sees or reads about this takes something from it whether it be a form of inspiration or perhaps really makes them think and things in new perspective about music . thank you for your time