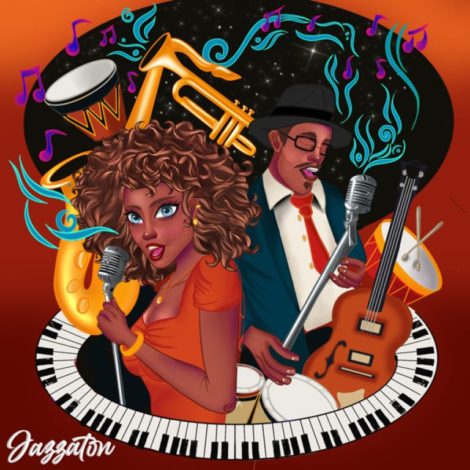 Inspiration:
Jazzaton was inspired by Kandice James. Kandice and Doug Grisgby was
trying to persuade Nick Martinelli to re invent his career, a well known
R&B record producer. Nick believe that his time has come and gone. But
we were convince that he could recapture a great career in the music
industry once again. So Kandice asked him, while attending a Regina Belle
concert, who he produced.She asked: “ What type of music do you like.” Well since he has been residing in South Florida. He developed a taste for
Reggaeton. So Kandice contacted Doug and told him that Nike liked
Reggaeton. So Doug sent a Reggaeton track to Kandice and she
developed the hook, “In and Out” which Nike loved. So the next step was
to work on the verses. Well Nick thought we should get a Latino to sing
the verses. So we attempted to do so. Then Covid-19 shut down the city. So we had a track but it was not completed. Nick decided that he did not
want to get involved with the music business again. In the mean time
Doug took ill, not being able to work due to Covid-19, the pressure was
unbearable. Doug slipped into a coma and eventually died. So, Kandice
came up with idea to see if her Brother TC the 3rd could Scat on the track. TC can scat on anything. So we tried it sent it to Nick and he loved and
decided to call it Jazzaton. Artist Influences: TC the 3rd would be his Mom and Dad the late great
Trudy Pitts and Mr.C
Kandice: Her Mom Lady Blues- Cindy James
ISRC- ( DKUPC- 196398754257
Release Date 8/28/21
Distributor- Distro Kid – Records DK