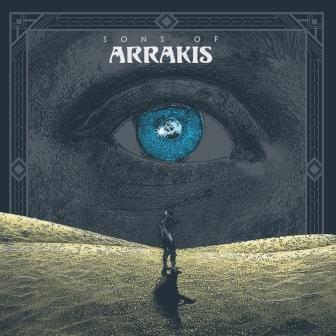 Sons of Arrakis (SOA) is a band based in Montreal formed in June 2019. The formation is fairly influenced by the universe of the Dune novels written by Frank Herbert. The members describe their own music as Melange Rock and Cinematographic Sci-Fi Rock which differentiate them from “the vast sea of stoner rock bands with their lightning armor-piercing torpedo” (Grotesqualizer, 2019).

To have a better idea of the members’ background, they all have been involved in the Montreal scene in such bands as Blue Cheese, Prieur & Landry, The Hazytones and UUBBUURRUU. Francis Duchesne, the formation’s guitarist, has been invested in the production of the band Les Deuxluxes, the famous Montreal rock’n’roll sensation.

Prior to the establishment of the group, Frederic Couture (The Hazytones) spent the first several months of SOA’s existence to conceptualize the project, compose and write the first songs. In June 2018, Eliot Landry (Prieur & Landry) and Couture united in the studio to record the first EP, never released. After few months at the studio, Landry and Couture contacted Victor Lepage (Jimmy Target and the Triggers, Blue Cheese, UUBBUURRUU, etc.) to join his axe to the actual duo.

In October 2018, the trio released his first single “The Black Mirror” that created a keen interest in the Montreal rock scene. At that time, the trio also introduces Francis Duchesne to the formation. SOA begins to write substantial material for the first album and starts to build up a concrete set for upcoming shows.

After a couple of months of preparation, Sons of Arrakis finally comes out with its first show concert at Club Soda in Montreal on February 16th 2019. Following this first appearance, SOA had been actively involved in the music scene in Montreal and Quebec City area. In Spring 2019, the band announces his first series of show for the Summer. SOA appeared in many shows, showcases and festivals and made its first impressions in front of the music business.

During the pandemic, Sons of Arrakis concentrates on the production of their first LP. In Spring 2020, the group worked at Gamma recording studio in Montreal. The production and recording process is done DIY for the most part. After a couple of months, SOA reaches out to Samuel Gemme for his vision and skills with analog and vintage studio gear.

In December 2020, the band launches his second single “Omniscient Messiah” and continue to make its mark in the vast universe of the rock and metal scene.

Optional Video Youtube Links:
Links to Where Your Music Can be Purchased:
https://sonsofarrakis.bandcamp.com/ 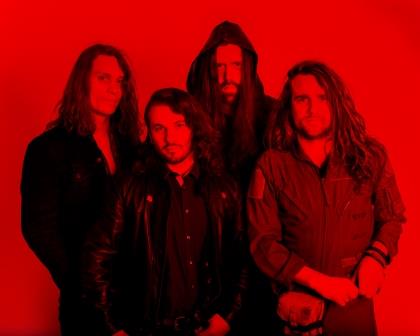