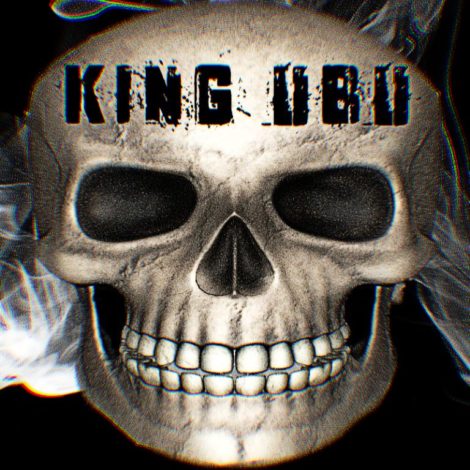 KING UBU is an experimental-progressive, no-style, space-future rock band from Zagreb/Croatia/EU formed in the year 1991. Actual members are: Saša Božić Špoljar-vocal,guitar(academic musician)/Petar Aleraj-bassguitar/Andrej Šarić-drums. We recorded 3 demo albums…2000,2005(Zbirka zadataka/Collection of tasks) and in 2016 (2016-produced by Hrvoje Nikšić). In the year 2016 we made a video for the song ZAKON(LAW) (youtube/soundcloud). The video was made by the young and talented video artist Petra Nyx from Zagreb. In 2016 our songs ‘Polaritet/Polarity’ and ‘Usud/Fate'(soundcloud) were published on the compilations ‘Balkan under radar vol.4’ by the label ‘Black Planet Records’ from Niš/Serbia and ‘2016-razni izvođači’ by Librarion records/Serbia. We played at LENT FEST Maribor, FREEDOM FEST Varaždin, O’ROCK FEST( 2018 and 2020-online concert),Hard Place( Zagreb), Mochvara ( Zg ), KSET, Radio Student Zagreb(live concert 2019), Saloon, Old school Novi Marof, Cezam ( Čakovec), Varaždin TV (2016 and 2020) etc. In 2019/ 2020 we released our new album ‘NEED TO KNOW BASIS ‘( ONO BITNO O NJIMA) in english and croatian language/version ! In 2020 we released the videos for FAKERS ( LAŽNJACI), LOOT RIP-OFF DISAPPEAR ( HARAĆI DRPI ZDIMI), MODERN MONSTERS (MODERNA ČUDOVIŠTA), INFLATED BALOONS (NAPUHANI BALONI)…..the videos were made by the young and very talented video artist LARS LAZAR aka L-Man from Varaždin / Croatia (EU)! In 2021 we will try to release our next album with cca 20 new songs..characterictics of that album will be : short forms, very rhytmical,much styles combined, jazz-punk-metal, space thematics,conceptual…..Former members : Strahimir Draženović( 1991-1993), Igor Grimm(1991-1992), Darko Špoljar(1991-1992), Marko Rukavina(1993-2016), Hrvoje Rukavina(1994-2004)…

Have you always been interested in music? What is your story and how did you start making music?
I am into music since my 6th year. Starting playing the flute,than guitar and at last double bass,which i get a master degree (mag.art.) in Graz/ Austria / EU in 2000. Since 2000 i am an employee (full time job) in the Theater GK ‘KOMEDIJA’ in Zagreb/ Croatia/ EU. I also do cooperate with the Zagreb radio Symphonik orchestra, Philharmonic Orchestra (Zg) ,Maribor Orchestra, Varaždin Chamber orchestra, Croatian chamber orchestra, theaching in Murska Sobota ( Slowenia) and a lot more. Petar Aleraj has a high school education in music. Andrej Šarić has no musical education. He is a super natural talent. I always had the need to make music…from classic to rock ( metal/punk/jazz influences),starting in my teenage years with rock,than hading to hard rock, heavy metal, death metal, punk, grunge, NYHC, alternative,progressive and who knows what other styles we tried. From 2000 we stoped playing in a specific style…we started to combine all styles that we find interesting in our music. Vocal has no melody anymore. Vocal is just a rhytmical instrument in our songs ( we put the lyrics where ever and when ever we want). We use NO classical mainstream music forms ( ABABCAB etc)…we broke up with that a long time ago. Our forms are unusual (ABCDA, ABABACD, ABCDCBA etc). I studied post Schoenberg style of composing,what knowledge i apply into our music . We also aplly polyphonic lines in our instrumental parts. Unfortunately, We have no record label that support and releases us. Everything we do is DIY. We record our albums mostly live (cca 6 hours recording instruments and cca 8 hours for mix and mastering)…that’s it. The costs are to high to spend more…sad but true.

What are you working on now? Any future releases we can look forward to?
Yes,you can look forward for some future releases. We will try to record and release a new album this year (2021-DIY again). We still have no name for it. It will be a conceptual album….space topics. About 20 songs. Now we are on the number 20. We will use some sounds from space… sound of the Sun( intro to the album), Jupiter,Mars etc, short forms of songs (from 15 seconds, one-minute songs, to one song about 8 minutes long),but mostly in the range of 1-2 minutes,combining a variety of styles ….punk,metal,jazz etc…putting different musical and rhytmical styles in our songs. It will be in english language. You will be informed when it’s finished and you’ll get one album. I hope that you will promote it. We will do some music videos from that album.

What Is Your Ultimate Goal In The Music Industry?
We are to long in the music industry …mostly underground,because we don’t play commercial mainstream music,so it’s very hard to get to wider public…from radio to tv…especially in Croatia and our surrounding. There is no ear for that kind of music. We would like a lot that people could hear our music as much as possible and that some record label release officially our music…but that’s just a wish…for now. So we have no ultimate goal….except to conquere and infect the world with our music!!

What Has Been The Biggest Challenge In Your Career Thus Far?
The biggest challenge is still,how to play more often in front of more people, on bigger festivals,be more on radio stations to be played,on tv, get to wider public. We want to play asap,but there is always some kind of complication…when you play music like we do. Too much mainstream bands and authors…. metal, punk and other heavy music/ bands have problems to get gigs (talking about my surrounding). But it could be a worldwide problem,that heavy sounding bands are stigmatized…and that lasts for a long time now.

How do you go about writing a song? Do you have a melody in your head and then write the other music for it or what’s Your typical songwriting process?
Everyone has it’s own style and access how to write a song. My approach is mostly through a hard and heavy guitar riff. No melody ( vocal). I think that a great heavy riff is better and more powerfull than any vocal melody. Especially today,where everybody is chasing the perfect(boring-cloned )melody. I like to put sometimes some free moments into our songs ( improvisation). After i have some riffs, i try to put them together,always considering the rhythm, construction of the song,longness,musical style,speed etc. Then i play it to Andrej and Peter and they try to make their parts to the riffs. Also trying not to play the way i do . They must contribute their vision of what they hear. Sometimes we do play unisono,but mostly we try to play poliphono. And that’s mostly it. It must be magic..

How do you feel the Internet has impacted the music business?
Mostly not for the best. Like i said….it is good that you can put your music very easy on internet. But the question is , how many people are really going hear it….especially for bands like KING UBU. There are too many the same sounding artists and bands. They overwhelmed the internet and social media….most of them think that they are great artists by pressing some buttons on the laptop and putting some samples together with stupid melody and lyrics with no meaning. Untill there will be some kind of equality on the internet,social media and mainstream Tvs and Radio station,the impact is not very good.Everything is mainstream…

What Did You Do Before You Started Making Music?
I lived for about 15 years in Germany. Studied classical music on the University for music in Graz/Austria…all my live is about music…since i can remember. Petar is doing some architectual stuff and Andy tried to be some kind of a lawyer,but he quit studying it. …

Would you have any advice for young people wanting to follow in your footsteps?
You don’t need musical education to grab the guitar,bassguitar and drums to start rocking heavy. Just start pumping and smashing on those instruments,give the best you can and don’t stop rocking…be patient and persistent and maybe the new Sex Pistols or Cannibal Corpse or John Zorn lies in you. Just be heavy and brutal….

If you could change anything about the music industry, what would it be?
I would put all the famous mainstream bands and artists in the position where we are now…very simple. And all the underground heavy bands would be on the air non stop,will release albums easily etc..Just reverse everything…

How do you feel about originality?
Originality is very important. That’s one thing that a large number of bands and artists have lost,forgotten or are unable to be…because they are brainwashed….just clone after clone. When you hear a band/artist ,it would be good that you immediately know and recognize who it is. Than you know that you are original..your unique style,sound,riff,melody,attitude is important….if you don’t have that,than you are just another clone,something we heard a million times before.

Is there anything else we should know about you? or Something that you would like to add?
KING UBU will continue to do ,make and produce music as long as we can and have the will. We still love what we are doing,although it’s not commercial mainstream music. We are not here for the money and the fame. We are hear to open up your horizon and vision how interesting heavy and strange music can be. Don’t be closed mind.Listen to KING UBU …..especially our next album,who’s comming soon..