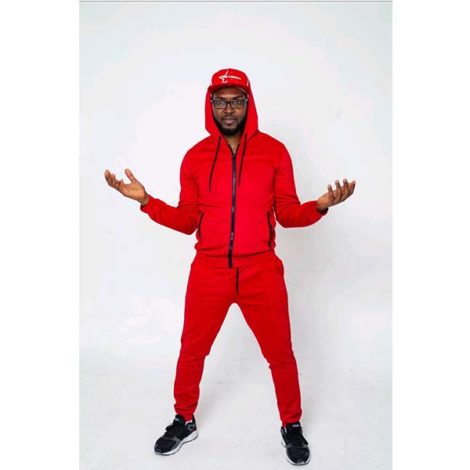 For my full BIO Please the about section on my website https://www.ricardorawalmusic.com
Ricardo Rawal is one of the latest emerging talents forging through the Jamaican dancehall/reggae scene.

Born Otis Lewis and hailing from Jerdon Garden Hill, a small community on the outskirts of Spanish Town St Catherine and grew up in Caymanas Garden Portmore St Catherine, he now resides in London, UK.
He attended Garden Hill Age and Jose Marti Technical High School. From a very young age football and music has always been his passion. He grew up listening and playing the sound system. From a very young age, it was his dream to be a sound system selector but football was his main focus up until 2014 when he started writing songs.
He has a passion for music and expresses how he feels, what he has experienced and been through in his music. His ability to write songs for himself and others enables him to really connect and work with various artists within the music industry.

The highlight of his career so far has been touring with International Recording artist Jada Kingdom on her first UK tour, sharing the Stage with the likes of Afro B and The RaRa, he also supported Tanto Black and Lutan Fyah.
He was crowned the Best Dancehall act of 2019 at the RBE Awards in London. He also featured in issue 7 of the London based Deyah Magazine.

Ricardo Rawal averages two shows per month. On March19th 2017 he entered coast 2 coast live and performed in front of a crowd of over 200 people at the Nottinghill arts club in London. This was his first major show and he came 4th, as a result he was given the opportunity to record a song titled Eyes On Me on Coast 2 Coast: Winners Circle 100, Vol.3, currently distributed by Coast 2 Coast on all major digital platforms.
He has recently released an EP titled Can’t Stop My Shine and a number of singles; Titled; Oh Mama, Stack Up, My Life, Wipe Those Tears From Your Eyes, Roll Out, Sink in You Back, Summer Time, No More, Back it Up, Sufferation, Wine Pon it, Do to Me, streaming on all major platform.

Ricardo Rawal aims to break into the international music scene with his sweet and vibrant dancehall/reggae music. Placing his music on different platform outlets will enable his music to be streamed all over the world. He has performed on a number of showcases across the United Kingdom, his first performance was in December 2016 on the One Mic which is an open mic show.

Since starting his songwriting and recording music in 2014 he started and registered his own company, Tru Lawalty Records Ltd. Through this he has hosted various talent shows for up and coming artists, within a range of communities across the city of London.

He also organised and held ‘Family Event’ days and charity events for Oxfam and for a young 16 year old Lupus sufferer from Jamaica.
As a recording artist, he has performed at various shows across the country, such as, Britain’s Got Reggae, where he reached the semifinals, Britain’s Got Talent audition (TV show) and Open Mic UK where he reached the semi-final, in order to build up his credibility and fan base.

Have you always been interested in music? What is your story and how did you start making music?
As far as I can remembered I always have a love for music, I use to save my lunch money when i was attending school in Jamaica to by records to play on my cousins sound system called Ruff Rider.
Music as always been in my life but I only started taking music seriously in 2014 after I enrolled
on a music technology and as part of my assignment I had to write an advert about Samaritans in the form of a song, prior to this I never written a song before however I did manage to wrote a song titled ‘the way how I feel’ that song was never release, upon finishing my course I still did not take music seriously until I had a conversation with a friend who diagnosed with cancer during our conversation he told me that that he heard me singing on a number of occasions and I am very talented, life is short and I should not make my talent goes to waste. He died two days after we had this conversation.
From that day on I started take my career as an artist very serious and recorded my first song 2016

What are you working on now? Any future releases we can look forward to?
I recently release a music video for my song titled ‘How Dem dweet’ on YouTube.
The feedback which I’m getting is very positive therefore my current focus is promoting the video to reach the ear of music fans across the world.
In the future I will be releasing an EP, the aim is at the ending of the year

What Is Your Ultimate Goal In The Music Industry?
My ultimate gold is to build and maintain a global brand, travelling and touring the world performing for my fans.

What Has Been The Biggest Challenge In Your Career Thus Far?
The challenges which I face thus far is marketing and selling my music, when I first started it was a struggle with the lack of support from friends and families but the more experience I gained I realise that its my dream and not theirs from that point on I stay focus on my goal of building and maintained my Brand

How do you go about writing a song? Do you have a melody in your head and then write the other music for it or what’s Your typical songwriting process?
I do not have a set way for writing but since lately the process which I find myself doing is listen to the beat and once I find the melody in the beat then writing becomes easy for me. I have many different ways of writing, some times I write from personal experience or might be reading or listen to music and a melody or a few lines will come to and I will used them to construct a song.

How do you feel the Internet has impacted the music business?
The internet has impacted the music in both negative and positive, on positive side the internet can change your music career in a split second, it is much easier to reach a wider market a lot faster, it as help Artist to be more independent and have more control over their career, on the negative side the market is very saturated and the quality for me of the music is not as how it was before.

List some famous musicians currently on your playlist
On my playlist there are many different artist from across the world, I am base in the UK and the UK dancehall scene is on the up so I mostly listen to upcoming artist base in the uk dancehall communities, but apart from that Vybz kartel, Stylo G, Burna Boy, dexta daps, alkaline, Drake, Pop smoke, shenseea, spice, steph london, megan stallion, Cardi b and many more since lately my son got me listen to Central Cee

What Did You Do Before You Started Making Music?
I was self employed hustling the street to make two ends meet but now my main focus is music and my family nothing else matters to me.

If you could change anything about the music industry, what would it be?
You can perform your song on a beat as long you give the producer their credit with out negotiating all these terms and condition, I wish we all could just make music with out all the technicalities.

How do you feel about originality?
It is a very important aspect for any artist to have so that they can be identifiable and stand out from the norm…


Tweets by RealRawal
Links to Where Your Music Can be Purchased: Please follow the links via
Link tree:
https://linktr.ee/ricardo_rawal