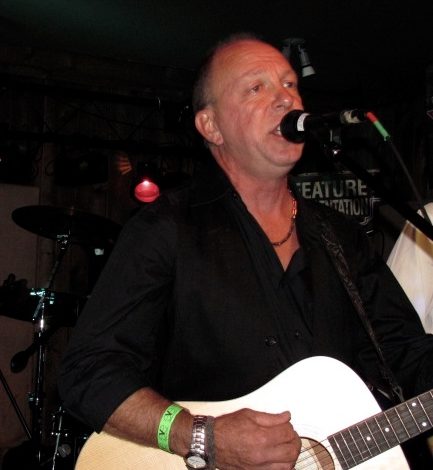 The Craig Sailer Project (CSP) comes out of Hunterdon County, NJ, USA and has been playing together for many years. The lineup may change from time to time but the style is always rocking. I have been involved in music most of my life and is always experimenting with new sounds and is constantly writing new music.

I play guitar as well as sings and do most of the recording and engineering at his home studio. The style of CSP is a touch of southern rock, classic rock, blues, sweet rock ballets and old school rock and roll.

The Craig Sailer Project is a working rock and roll band playing cover music and we are currently in the studio and recording new music. The Craig Sailer Project has received many awards for our music (including local band of the year from Zuma press and winner of the April 2021 Rock Music Award from Academia) as well as finalist (6 times) in the World Songwriting Awards competition over the last several years.

Here are a couple of quotes from local magazine and music critics:
“Again, we want to thank everyone who came out to support the band and Josie for the awesome write up. The third and final band was “The Craig Sailer Project” which is a 5 man band of seasoned and skilled performers-not only musicians-but performers. From the second they hit the stage, vocalist and band leader Craig Sailer, Guitar players Steve Clar and Ed Carpenito, bassist Matt Buza and drummer Mike Hanson owned the crowd. Their energy was contageous and their presence was instantly known. This is the kind of band that plays in a huge grandstand before a nascar race or at an outdoor bar at the beach to kick off the season. They do primarily cover songs to get the crowd up and moving and did a variety of songs-from Matchbox 20 and Georgia Satellites to Led Zeppelin and Kiss. They had the floor filled with people and even managed to get them to sing along-they threw in a few originals for points too! By the end of their set they left the crowd dancing and begging for more.”
Josie Janci – Steel Notes Magazine

“Craig putting out vox as close to the original tune as possible. “Craig pours out with a passion that one has when you excel at doing something.”
Michael McKenna – PA Music Scene

From the time they hit the stage, you can tell they Craig Sailer Project are all seasoned musicians. Their high energy is non-stop and continues throughout their show. Whether it’s a 30-minute set or 3-hour show they never disappoint. CSP plays with the spirit and drive that allows them to always get the crowds grooving and dance. The Craig Sailer Project is available for private parties, special events as well as concert headliner, opening act, last minute fill-in and charity events. You can find music, videos, photos, info and more at www.reverbnation.com/craigsailer and Craig Sailer and Craig Sailer Project on Facebook and Youtube.

Have you always been interested in music? What is your story and how did you start making music?
I come from a small town called Clinton, New Jersey and grew up listening to music since I was little. My parents would play Frank Sinatra, The Supremes, Little Richard, and the like and I would just sit and listen to the vocals, harmonies and the feelings that it would give me and I was hooked. I think that’s where my love for harmonies started.

When I was around 5 or 6 years old, my grandmother would take me to church with her and I would listen to the choir and would stand out front and act like the conductor. The church had a youth band and I was selected to be the leader of the youth church band and choir. Once I felt the excitement and acceptance from the audience I was hooked.

Throughout grammar school and into high school I was always involved in anything that had to do with music such as choir, band and theater and it wasn’t until I got out of high school and started my first band (Timber Wolf) that I really started to catch the rock and roll fever. I started writing songs in high school but never did anything with them until we started experimenting with them in Timber Wolf. (I still have some of those first recordings). LOL!

Over the years, I have been in several bands and wanted to write and play my own music. A lot of the bands I was in weren’t into original music and wanted to play covers in order to play out and gig. I love playing other peoples music and did it to play out but my real love is in writing, producing and making my own music. That is when I started the Craig Sailer Project in order to showcase my originals while playing covers to get out and gig.

What are you working on now? Any future releases we can look forward to?
I am currently working on recording my next EP. I have several track I am working and will be adding a couple of new songs as they are finished.

What Is Your Ultimate Goal In The Music Industry?
My ultimate goal would to be to work with some of the industries best producers and engineers that would be able to make my music come alive that will have an impact on the world at large.

What Has Been The Biggest Challenge In Your Career Thus Far?
The biggest challenge is to write the song or songs that make me proud and would get the attention of the industry. Whether it is to record my music myself or have others record it for themselves.

How do you go about writing a song? Do you have a melody in your head and then write the other music for it or what’s Your typical songwriting process?
Sometimes the lyrics come first and sometimes the music comes first. I have songs that I wrote the music for years ago and I go back and listen and then write lyrics for it and visa versa. Some of those songs we still play today.

I try to write from the heart. I sit with my guitar and try to find a melody that feels good that I think people would enjoy listening and work on it that way. I think would I listen to this? A lot of times I will start to play and come up with something catchy, record it and try to get a full song together and come back and finish it later. I usually listen to these pieces hundreds of times before I come up with the lyrics, hooks and chorus. Sometimes songs come together in one sitting and they just fall into place and other times they start off good and then nothing becomes of them. That is why you have to continuously write new songs. The more you write the better you get and that is how you build your own style of songwriting.

How do you feel the Internet has impacted the music business?
I think there is good and bad when it comes to the impact of the internet. Yes, you can get your music out there and get it heard but, anyone can put music out there and that can be a bad thing.

The internet is flooded with want-to-be musicians and nowadays you really don’t have to have talent to be considered a musician. I’m old school. I think you need to play the instruments and sing the songs with your raw talent without the need for all the electronics that make you sound good.

The internet has opened music and musicians to the world and that is a good thing. But it is harder and harder to sift through all the music to find the really talented people that are out there.

What Did You Do Before You Started Making Music?
I have always worked full-time and I have been in the construction industry most of my life.

Would you have any advice for young people wanting to follow in your footsteps?
Be true to yourself. Always play what is in your heart. Never let anyone deter your from playing what you love and feel. Feeling is what the music is all about. Work hard, stay focused and never give up. If you don’t become a superstar, you will have music that you made yourself and always be proud of what you create. No one else did this but you.

If you could change anything about the music industry, what would it be?
I would want more access to be able to have music of up and coming musicians, songwriters and bands heard because a lot of talented people go unnoticed and that is a real shame.

How do you feel about originality?
Personally, I love originality. I think that that shows a person or bands real personna and let’s you know how and if they are really talented and now dedicated they are to their art. The more originality the better.

Is there anything else we should know about you? or Something that you would like to add?
I have been at this for a long time and I am very grateful for all of the musicians that have come and gone throughout my life. They have all given me a little bit of their talent that has brought me to where I am today and for that I am very humbled, grateful and thankful. I have been blessed with a talent and no matter where it takes me I will have no regrets when my time is up. Keep on rocking, play it from the heart and keep it real!