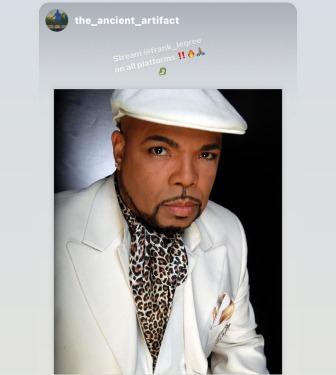 Frank LeGree Singer songwriter vocal coach and record producer
Lives in Atlanta Georgia, raised on the west side of Jacksonville”Duval” Florida played sports running back for New Stanton Blue Devils Football team graduating from high school traveling to New York City
Singing Lead for Soul Explosion, Kudu, Klass, and Tranzit Band all Jacksonville Base dance bands and releasing a single record titled “If you feel it say yeah” with Jacksonvilles own Fruit Band,
Lived in Japan for 20years singing and teaching Music to Japanese people and International audiences and now back in The USA since 2014 singing with Corporate Bands sings at weddings and concerts and recently released a new single called ‘Loves in Need’ a song for the whole world to talk about 2020 summers protest and unjust treatment of blacks and people of color in America
Available for download on all platforms
The Ultimate Entertainer Frank LeGree
Contact info IG frank_legree
Email:Franklegree@me.com


Have you always been interested in music? What is your story and how did you start making music?
I started singing with my sister Vera around 12 years old 1964 we did talent shows in our living room then around 1965 started singing under the lamp post we called it Do Woop accapella then me and my best friend Larry Harvey formed a singing group called Soul Explosion and won the school’s talent shoe 1965 and that’s kept me going then went to Néw York singing with Kool and the gang singers and famous writers Earl Toon Jr of Kool and the gang and mentor Otis Blackwell writer of Fever and Elvis Presley’s I’m all shook up In 1974 then back to Florida and recorded unreleased music with the group Fruit we released one single called If you feel it say yeah” that was the start of my recording career 1978

What are you working on now? Any future releases we can look forward to?
I’m working on Néw music and a feature with indies artist Odd Thomas and John Vaughan

What Is Your Ultimate Goal In The Music Industry?
To influence the world with my brand of music with the main ingredients LOVE

What Has Been The Biggest Challenge In Your Career Thus Far?
Transitioning from Japan back to USA music market
I was not Japan for 20 years a lot changed I thought I had a hold of it and then the Pandemic hit
So now a year later I released 2 singles amd working on 4 more
I also perform live with a corporate band on weekends Papasol band
Quite the challenge being I’ve been performing for 53 years and I love it learning new songs amd old request for my Customers.

How do you go about writing a song? Do you have a melody in your head and then write the other music for it or what’s Your typical songwriting process?
I’m inspired sometimes by world events circumstances
and then other times I love collaborating with other writer feeding off of live musician and then other times with pre written beats

How do you feel the Internet has impacted the music business?
It has been major help if you know hep to work it

What Did You Do Before You Started Making Music?
I also work at a warehouse UPS currently as I teach vocals onlinr

Would you have any advice for young people wanting to follow in your footsteps?
Make sure you set goals and follow through as most of all follow the dream and never give up

If you could change anything about the music industry, what would it be?
That it not be so intimidating and allow everyone with a gift of music to be heard

How do you feel about originality?
It’s the only thing that separates us all

Is there anything else we should know about you? or Something that you would like to add?
I’m a husband father of 8 a great grandfather and have been on a mission to spread my brand of entertainment Tonyhe world
I played sports and I won Mr Atlas in High School


Tweets by FrankLeGree
Links to Where Your Music Can be Purchased: